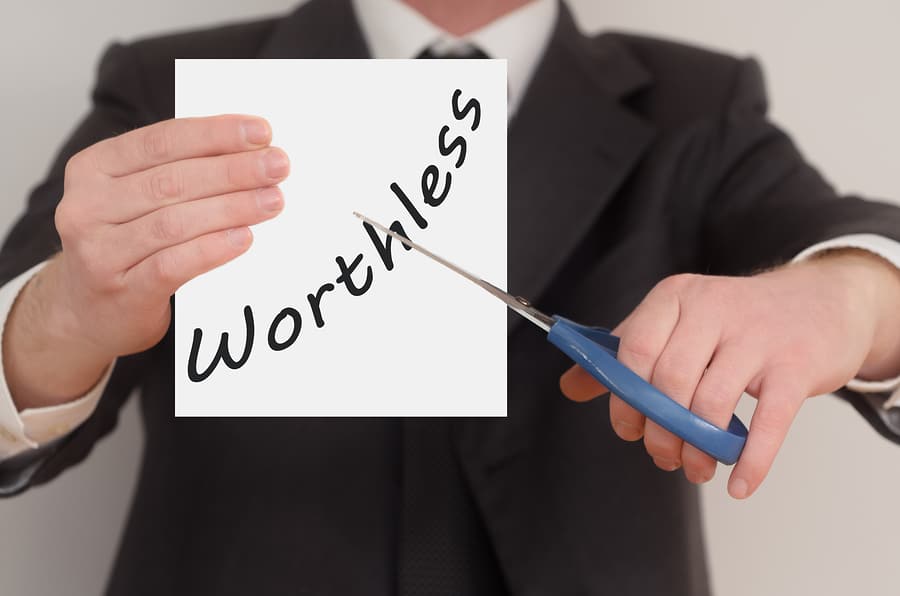 It was about 20 years ago and I never even heard the end of the talk, I just knew I was angry, confused and felt betrayed.

I’d only joined the company because their management training was the most highly respected in the country.

I had been told I was a shoe-in many times by colleagues before the chance came for me to apply.

When I did apply after 12 months with the company, I was turned down.

This flicked my ‘drama queen’ switch.

Sean, my area manager, told me he knew I could do the job, but my profile in such a tight-knit area of the company was one of being negative and looking for problems more than solutions.

I barely heard all the good stuff he was telling me and I didn’t even know he’d told me to reapply on the next round.

Yes, I was that self absorbed.

There is a presupposition in NLP that says there is no failure only feedback.

At that point I felt like a total failure and took the criticism highly personally.

So much so that I never did reapply because I decided to leave.

I was taking my ball home with me!

On reflection, I acted like a petulant child who has been told he has to go to bed on time just after receiving his Christmas presents.

I couldn’t deal with criticism. I refused to see it was valuable feedback that would allow me to improve both personally and professionally.

The Beauty Of Social Media

Then in September 2006 I started blogging and using Social Media heavily.

If you can’t take criticism and/or genuine feedback when you are in the public domain, then you are on the path to a breakdown or going postal. Neither are good.

In the early days I would get defensive, but I learned to try and extract the good from the bad.

It was tough when somebody left a comment pointing out I’d made a factual mistake in a blog, but I made a commitment to myself.

Every time that happened, not only would I thank the person publicly and not just delete the comment, but I would also go back into the post and edit accordingly whilst crediting the person.

Note: To this day I NEVER delete comments that criticize me, unless they are highly abusive, which almost never happens.

This did two things.

Firstly, I became a lot less lais·sez-faire with my posts and did a lot more fact checking.

If it was more a case of somebody differing with my opinion then I would do my utmost to look at it from their point of view and not just presume I’d nailed it. 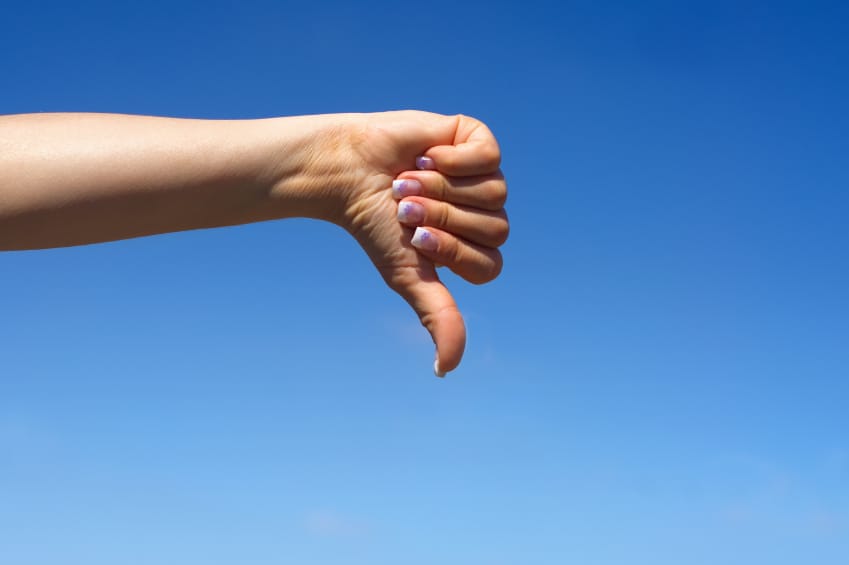 Taking The Good From The Bad

Sometimes we’d just disagree and that’s fine, but there were many occasions where great comments had me thinking differently on the subject matter.

Karl is a rabid tester and always looking for feedback so we can make the products and services we offer as good as we possibly can.

The first survey he did when he joined me involved polling what was then the current course for feedback.

We were only half way through at the time and I was skeptical, but agreed nonetheless.

The marks were awesome, but one person ‘only’ gave it 7 out of 10 and said that she thought I told too many stories and went off on tangents.

I was obsessed with this. I slipped back two decades and was really down about it.

Karl pulled me back off the ledge by reminding me that the 3 previous scores were all ten and somebody had even commented how much they liked the off the cuff storytelling.

Of course he was right and several months on I can see that now. No company (or Life Coach) no matter who they are gets 100% client satisfaction, it’s not possible.

When people unsubscribe from the Coach The Life Coach mailing list they have the opportunity to leave a note and tell us why.

Few people do this and the ones that do nearly always say they have quit coaching or simply get too many e-mails. Neither really require a response or help us improve our service.

Then last week I got this:

“I liked the first two e-books; useful. But subsequent e-mails were less relevant to what I do. Doesn’t mean they are not good but just not directly connected to my line of work.

Being really honest (and I often doubt whether there is any benefit for me to be really honest with people I don’t know; it can come across as being critical just for criticism’s sake…which is not my intention), I thought the tone of the two ‘giveaway’ e-books could have been a bit more humble or just ‘kinder-sounding’. I don’t care that much!

But, most of the points were strong enough without the overly-condemning examples. I know it was ‘tongue-in-cheek’ but it just came across as a bit ‘irate’ and ‘annoyed’. Even in the title of your headline it says that you are ‘tired’ of seeing new coaches struggle. Dunno. Choice of words. I noticed an underlying theme. Bit of a ‘piss-take’ is funny.

But, not too much. If I was a client, I would prefer to work with someone who seems calm and a bit less bothered about the bad examples and focuses more on the better way of doing things. But, I only write this because comments were requested.

I still appreciated the advice and I think if you repackaged the message in more positivity it would just leave the reader with more of an inclination to ‘down’ with you. Anyway, I could have not said anything, but I think you are the sort of person who might appreciate a true opinion and also underneath it all there is a real spirit of light in your work.

Let it shine a bit more and don’t worry about pointing out how badly others are cocking up. Sure, use them as examples for improvement but be easy. Not everyone can see the way you do. That’s my bit mate! “

I read it, and the read it again. There was a lot of truth in it. My sense of humor is unusual and sometimes people think I’m being serious, or worse still, angry, when I’m just having fun.

Not only that, but myself and Karl had talked about these points so I decided to respond with this:

We are actually in the middle of rewriting the book into a 30 day course and we have made the decision to make it more aligned with what you are saying as sometimes my humor can seem a bit harsh in the written word.

Anyway, I hope you don’t mind as I have copied my partner in and thanks for taking the trouble to offer such in-depth feedback – it’s how we get better!

Then Kevin (and he said it’s ok to use his real name, responded with this:

“I really appreciated your reply and words. To be honest, I was not coming from a place of expertise (as you probably knew). I was actually checking your site from a position of the learner looking for some advice and ideas.

So, my feedback was more just a ‘well if you ask me…I reckon’ type level of authority.

I thought it was a nice human gesture and good vibes to reply. It made me resubscribe to your newsletter. The mail just put a person behind your work and made me take a more focused interest in your ideas.

I checked the site ‘A daring adventure’ and I really liked it. Years of thought behind it.

Just to be clear. I didn’t find the humour in the PDFs that abrasive. But, without meeting the person we tend to create our own little character of who they are (like I am sure people do when they see that little picture of me down there with my ice-cream hairstyle and ‘good boy’ face!) based on the tone we apply to their words.

Having now seen your videos, in which you come across a very warm authentic (always an important point) guy, I would read the text differently.

There have been more e-mail exchanges, but you get my gist. 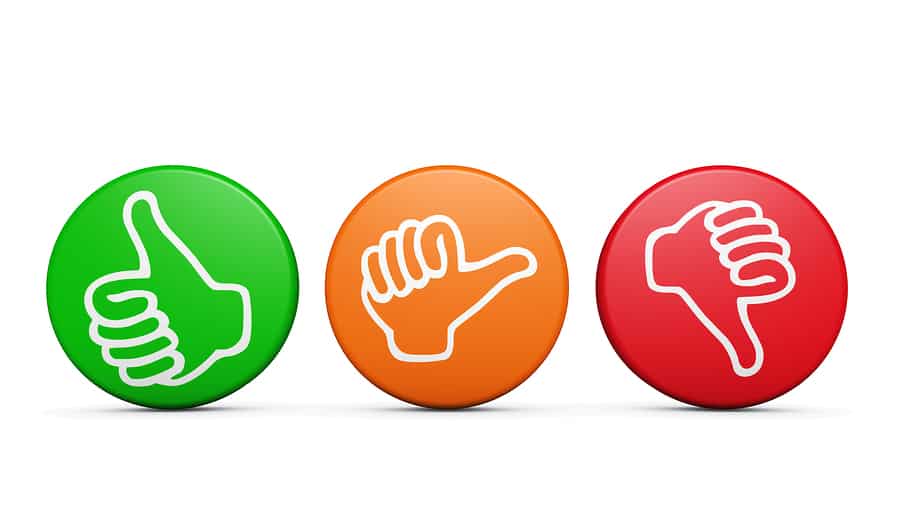 We NEED Feedback To Turn Satisfied Clients Into Fans!

As Human Beings not only do we need feedback to improve, but we can also use it to strengthen bonds – even when it is negative.

When I was in sales my most loyal customers weren’t those for whom nothing ever went wrong. That’s their minimum expectation.

Nothing going wrong is what people presume will happen, otherwise they would never hire or buy from you. It’s their minimum expectation.

It was the ones where something had gone wrong and I bent over backwards to fix it that really became fans and were likely to most recommend me.

As a Life Coach who is operating online you will almost certainly get criticized both from people who don’t know you and occasionally from clients.

But if you can see it as feedback and take a step back and look at it critically, not only can you learn a lot and build bonds but you can avoid getting upset and/or angry.

I was given some awesome feedback that day 20 years ago and I refused to absorb and learn from it.

Now it’s a different story, I listen and I listen hard.

Have you ever been criticized in public and how did/do you respond? Please let us know in the comments.

9 thoughts on “Having Satisfied Clients Is Worthless”