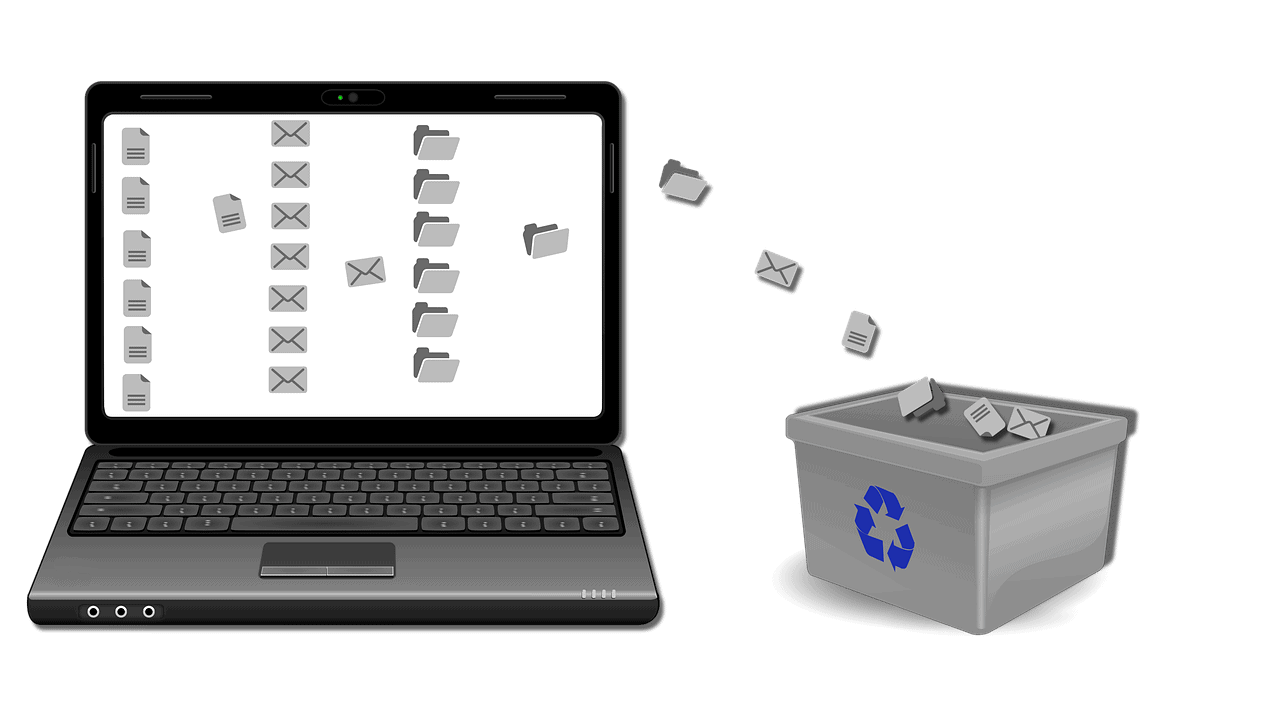 This week I bit the bullet and wiped 786 people off my newsletter list.

For the first time in over 3 years, my newsletter list dropped below 4,000 subscribers.

You may be thinking they were people who had never opened a newsletter in forever, but they weren’t.

In fact, about 120 opened the last email I sent out.

Before I tell you why I did it, let me just talk about the importance of cleaning your newsletter by removing some subscribers every few months.

Whereas growing a list isn’t by any stretch of the imagination, easy, it can be achieved if you know what you’re doing.

A lead magnet (free opt-in) that has value, coupled with a strategy to drive traffic to your website and a Facebook group where you can promote it will get the job done.

However, once people are on your list, that’s when the hard work really starts because you have to engage, inform, entertain, and help your readers.

If you don’t, then they will simply unsubscribe.

Or worse still, they will sit there never reading your pearls of wisdom, or think of hiring you.

And having disengaged subscribers is worse than no subscribers, for two reasons. 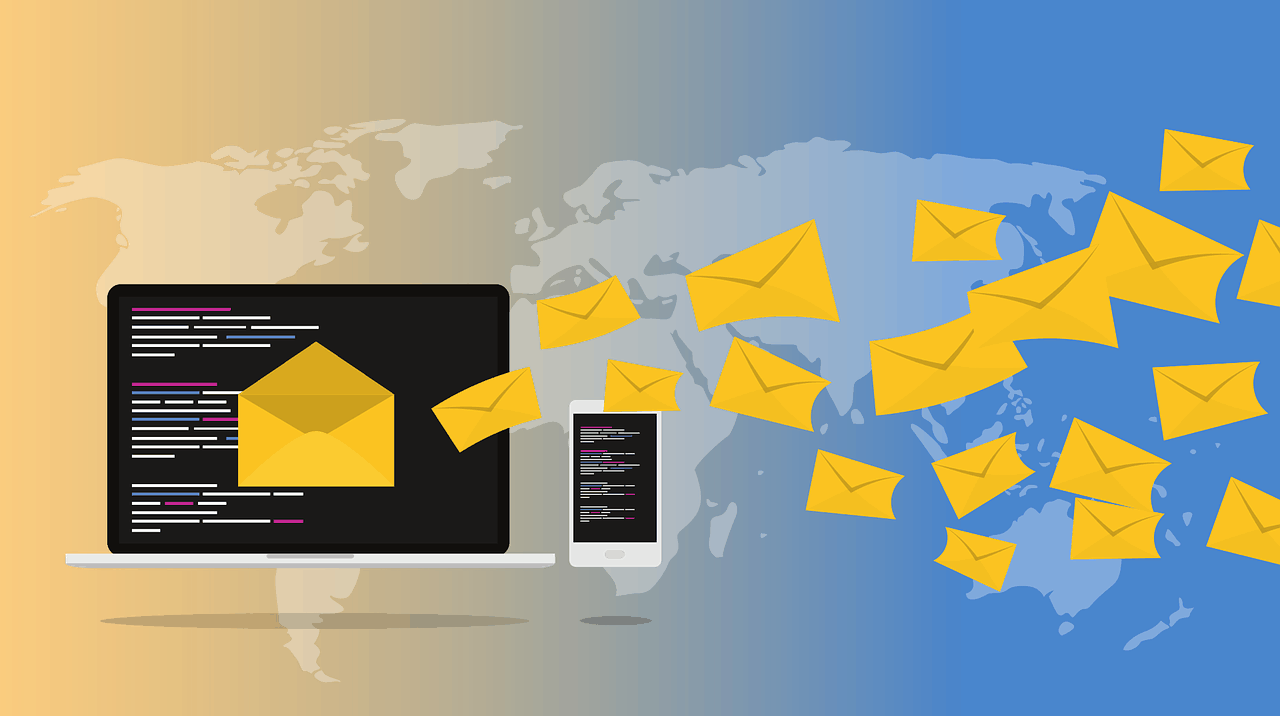 Firstly, presuming you’re a professional coach using a paid ESP (email service provider) there will be tiers where the price goes up depending on your list size.

The moment I get close to that mark I remove people who have not opened an email in the last (usually) 90-days.

And I do that because my monthly cost with Active Campaign (who I highly recommend and you can sign up with here with my juicy affiliate link) goes up considerably.

It would be worth paying the difference if most of those people were opening and reading my emails, but as per 99.9% of lists, a good proportion aren’t.

Removing somebody who hasn’t opened an email in 3-months is probably a wise move because by that point they’re never likely to.

Note: For those of you in the European Union or any country like the UK that is subject to GDPR laws, you (technically speaking) should remove inactive contacts after 90-days.

And there could be any number of reasons they haven’t opened any emails.

With the most likely being that they’ve not seen them.

They only need to have hit spam once to an email of yours for their email client to potentially treat future emails with extreme prejudice.

Or, they may never have even hit spam, but their overzealous email is suspicious of you – especially if you have ever sent out an overly salesy email.

Email platforms and ISPs (Internet Service Providers) don’t care that you are trying to run a coaching practice as a business.

Thus, the moment you try and sell to their account holders they can get all protective.

Secondly, by cleaning your list you improve your open rates.

Let’s suppose you have 100 people on your list and that an average of 25 people open each one of your emails.

That means you have an open rate of 25%.

Now let’s suppose that you look at your analytics and notice that 50 people haven’t opened an email since they signed up over 6-months ago, the bastards!

You could let them sit there clinging on to the hope that one day they will see the error of their ways and read what you have lovingly crafted.

Or, you could get brutal and show them all the mercy of a Faroe fisherman faced with a baby seal and delete them.

Then when you send an email out to the 50 people left and the usual 25 open, your open rate goes up to 50%

This is important because ISPs and email platforms like Gmail and Yahoo Mail are monitoring open rates.

If you have terrible open rates then it’s presumed you’re sending out spammy and/or low-quality material.

The net result is that more of your emails get sent to spam or are blocked.

This in turn leads to your open rate declining even further and the spiral downward has started.

I wrote a really in-depth post on newsletters. So if you want to go deeper, check out The Ultimate Guide To Newsletters For Life Coaches.

Ok, so at the beginning, I said the 789 people I deleted weren’t people who had not opened an email – in fact, some did on occasions – so why on earth would I delete those people?

Why Delete People Who Occasionally Read My Emails?

Because since December 31st 2019 none of them had clicked on a single link in any email I had sent out.

And every single email I send has a link.

They’ve never checked out a course or webinar I was running.

And they’ve never considered hiring me to help them get coaching clients.

That’s a long time and a lot of emails to be ambivalent about.

They clearly didn’t think I was offering them much value.

But just in case, I emailed all 802 people making it clear they were welcome to stay on my list, but I needed to know.

The title of the email was Is It Time To Say Farewell %FIRTSNAME%?

Using the code %FIRSTNAME% meant that it inserted their name in the title of the email.

This would increase the open rate because it made the email seem more personal.

I use it very sparingly however because it can seem manipulative if overdone.

But in this case, I wanted to do my utmost to make sure as many people read as possible.

This is what happened.

Considering this was a fairly disengaged segment of my list 143 opens/reads at a rate of 13.22% wasn’t too bad at all.

In fact, it was pretty good.

The email explained all they had to do was click a link that took them to my blog post 30 Self Development Books Every Life Coach Should Read (and one they shouldn’t).

If they didn’t, they would be wiped from my list 72-hours later.

Of of 802 sends and 106 unique opens, just 13 decided to click the link to indicate they wanted to continue to receive my emails.

That’s remarkably low but it did confirm my suspicions.

Note: The opens and reads may vary as some people will open more than once.

What’s the Point of Your Newsletter?

At this point, it’s important to understand why you have a newsletter.

Are you pouring your heart and soul as well as a bunch of time and money into it just to sell to people with no regard for helping them?

Are you pouring your heart and soul as well as a bunch of time and money into it just to help people with no thought of selling?

Or, are you pouring your heart and soul as well as a bunch of time and money into it to help people whilst selling them services and/or products of real value?

I trust/hope you chose option 3.

I want people on my list to value the information I take hours every week to compile and deliver.

The obvious reason is that people like that are way more likely to hire me or take one of my courses, but there’s more to it than that.

Because whether it’s on my list or in the Coach the Life Coach Facebook Group I just want up for it engaged coaches because that’s how you succeed in a ridiculously competitive industry.

As such, my list went from this on Wednesday morning: 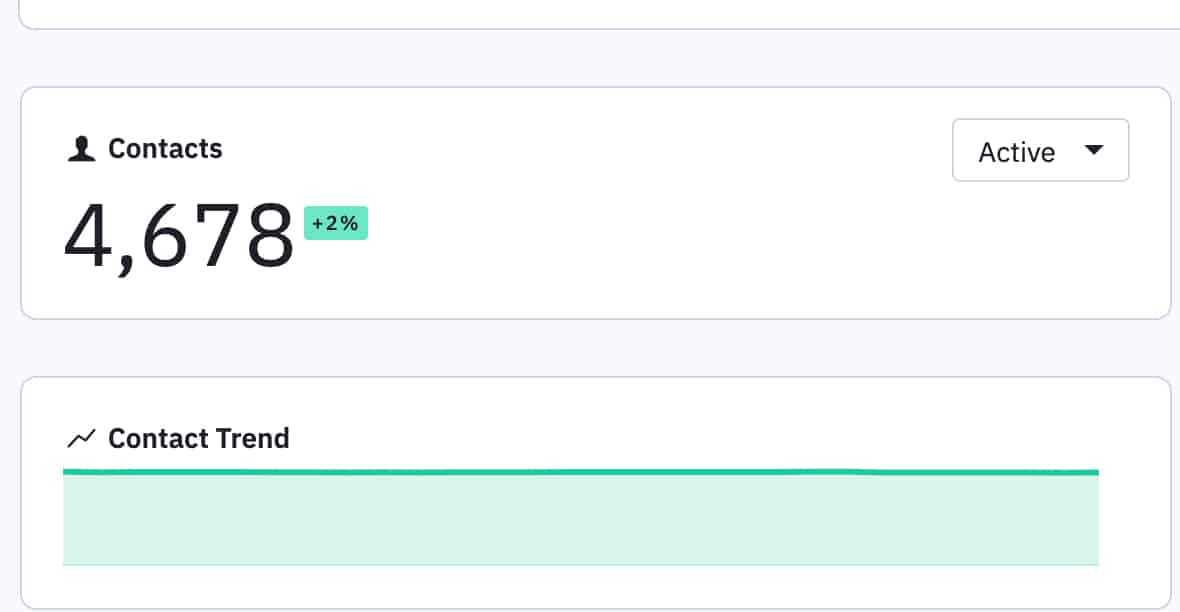 To this on Wednesday afternoon:

It wasn’t easy wiping more people off my list than most coaches have got on theirs to begin with.

Indeed it was fucking hard and it’s taken me a few months to finally pull the trigger.

My ego liked the higher number.

I knew the higher number would be more appealing to people who may want to joint venture with me.

And the doubting part of me was thinking ‘but what if you’re inadvertently deleting a potential client Tim?’

But, in the final analysis, it came down to a business decision.

Time will tell if it was the right business decision.