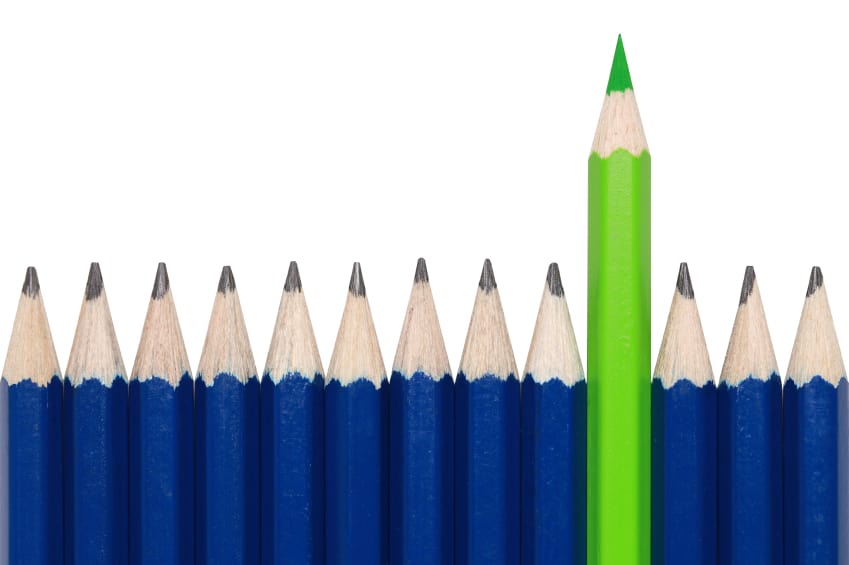 Holy shit, that can’t be right!

I stopped dead in my tracks much to the annoyance of my dog.

I fished inside my coat to pull out my iPod and rewind it.

I hadn’t misheard at all, the guy clearly said that 90% of Life Coaches in the United States earn less than $20k per annum.

This was late 2005, and I was devouring everything I could on coaching as I had just launched my coaching business in the UK and our move to the US was imminent.

“We can’t survive on $20k per year” I said out loud to myself, “not even with Helen’s wages as a nurse”.

She was tied to an agency for the first 18 months and her income was capped slightly above sweat shop level.

For a moment I felt my old friend anxiety start to build up in the pit of my stomach and I began to wonder if I had made a terrible mistake.

I started to walk again and got to the field where I could let Ellie off her leash to run free.

I ruminated on the thought of having to go back into sales, which was a blessing in disguise even though it initially created more anxiety.

Most sales people (especially if you include retail sales) don’t make very good money. It’s only the top 10% or so that really earn the big bucks and I had been part of that 10%.

I don’t say that to sound arrogant because even though I earned very good money, I was miserable.

No job no matter how much it pays you is a good job if it’s making you sick and unhappy.

That’s nobody’s definition of success – or at least it shouldn’t be.

I relaxed somewhat knowing that a lot of the skills I’d learned in sales were directly transferable to Life Coaching.

Rapport building, question asking, listening and even selling were all crucial elements and they were all things I could do well. So why should I worry that I’d be in the 90% group earning so little?

I also thought (incorrectly as it happens – sometimes ignorance is bliss) I had a reasonable understanding of marketing and I knew that the competition in the Life Coaching industry really wasn’t that great.

On February 2nd 2006 we finally moved to the US complete with Ellie.

It was an exciting time not least of which when the Beagle sniffing for either drugs or bombs tried to get in the cage with an irate and hungry Ellie causing mayhem.

We got to customs and the guy asked me what I did for a living. I proudly said I was a Life Coach expecting some jolly banter, but he just grunted, stamped my visa and waved all three of us through.

Yes indeed, he waved a 90lb Doberman into the country without checking her rabies certificate, fitness to fly or any of the other myriad of papers we were instructed we needed for her. Go figure.

The first 12 months were hard.

Hard, sitting by the pool drinking beer. Hard, enjoying the gorgeous weather and hard, trying to explain to my wife that I really was getting shit done.

The reality was I wasn’t getting much done at all, I was being lazy after a decade of almost working myself to death.

I’d flipped from one extreme to the other with consummate ease.

My First Year As A Life Coach

Do you know how much I made that first year?

No of course you don’t and I’m too scared to go and grab my accounts to tell you accurately, but it was significantly less than $5k.

And that by the way, was before expenses.

Early in my second year I realized I was part of the 90% and something needed to change, so I started to blog and reach out.

But even so, it wasn’t enough. I was a sales person and had no real clue as to how to use online marketing to generate clients. I was making it up as I went along.

Having said that, I did breakthrough the $10,000 barrier in year two.

Whoop-dee-doo eh? Let the good times roll baby we’re eating at Denny’s tonight – albeit it from the dumpster around the back.

By now I wouldn’t say I was panicking, but I was hardly the epitome of grace and ease. I knew I needed help – and fast.

I brought in somebody to do my SEO, I hired a designer and I started to guest post like a man possessed.

My income doubled and a bit more and I was at about $25k.

Still not enough to keep us in the US or pay all our bills when our dwindling savings ran out, but it was trending in the right direction.

Year 4 was big for me because I really was taking things seriously now.

I was building relationships, growing my blog and newsletter following and not treating every sunny afternoon as an excuse to chill with a beer and a book by the pool.

I have said many times, I was incredibly lucky.

In 2006, there was little competition, I had a supportive wife and we had some savings. I didn’t get through the first 2 or 3 years because of anything smart I did, but because of fortunate circumstances.

I don’t believe in Guardian Angels, but if I did, I obviously had one then.

I have seen so many stats on what Life Coaches earn and they vary so much that I’m not even going to link to them or take them seriously.

Often the sample polling size is way too small and the people doing the polling have a vested interest in in the results to encourage more people to become coaches.

It’s unlikely the ICF will announce to the world that most Life Coaches are on their arse, struggling to get clients and the majority will be doing something else within two years.

It wouldn’t be very good for business, would it?

But I genuinely believe that to be the case and I know a lot of coaches who agree with me.

None of this is very encouraging if you are looking for assurance as a new Life Coach, but in many ways it should be.

The reason most coaches struggle isn’t because there aren’t enough clients, it’s because they don’t know how to run a business.

Although to be fair, most of the bigger earners rely on multiple streams of income such as book sales, public speaking (which can be extremely lucrative) and webinars etc.

We will be releasing a digital version of Coach The Life Coach next month for this specific reason.

Not because I’m greedy, but because at the moment if I were unable to work my income would take a rapid nose dive. That is somewhat unsettling.

I have worked with a number of coaches who have earned nothing – and I do mean nothing – in a year.

You don’t hear about that a lot because whereas a client may tell me that in confidence, she is hardly likely to be preaching it to her social media following.

How Much Does A Life Coach Earn?

Asking how much a Life Coach earns is like asking what is the best Life Coaching question to use with a client?

It depends entirely on the circumstances.

I’ll probably hit the $100k mark this year for the first time and in no way am I working my fingers to the bone.

I’m just working a lot smarter now than I ever have.

I have learned about online marketing. I have built up a lot of inbound links to my website. I have hired some great people to help me.

And I realize that the business element is just as important as the coaching side of my practice.

I’m not driven by the desire to be wealthy at all, which is why I’m not.

I’m driven by the desire to help people and live life on my own terms as much as feasibly possible.

And you may be the same.

In fact you may only need/want to earn $25k or less if you have a partner who earns decent money or you live a meagre life style.

And that is totally fine presuming you still act professionally.

The answer to the question ‘how much does a life Coach earn?’ is a really simple one.

Life Coaches earn whatever they want to earn depending on their desire, commitment and preparedness to do what is necessary.

You don’t need to spend 4 years like I did, but to be honest, unless you have a lot of money for marketing you probably do need to be thinking of around 12 – 18 months to start to see the return on your time and energy.

Next week we will be announcing the super early bird for the tenth running of the Coach The Life Coach course and we will only be making this offer for one week.

The course will now be starting on Sunday October 4th and we have some really cool discounts for you if you’re ready to make that jump and take your coaching career seriously – unlike me in 2005, and 2006, oh, and some of 2007 too!

30 thoughts on “How Much Does A Life Coach Earn?”