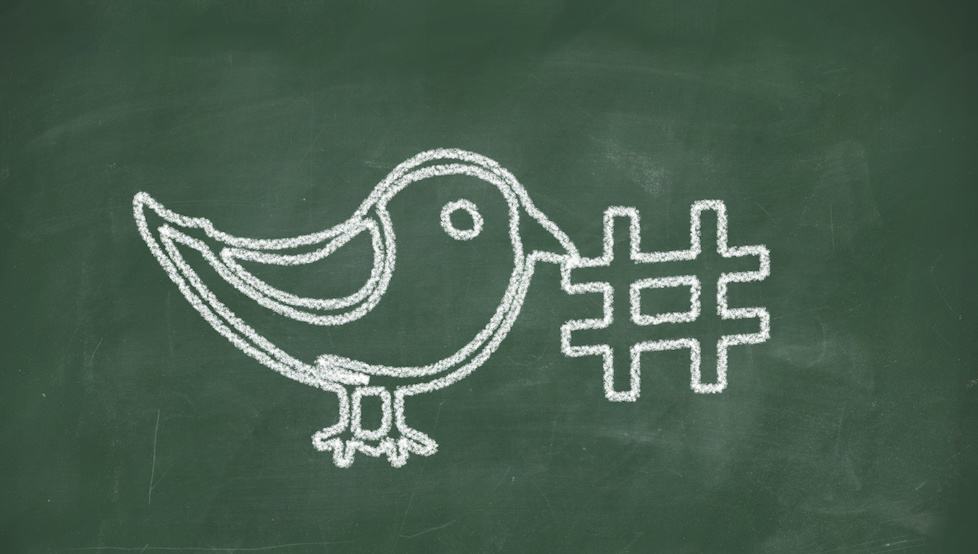 There’s a track by on of my favorite DJ’s, Etienne de Crécy, called ‘Hashtag My Ass’.

Now to be fair to my French friend, anybody who has written a track about the quality of weed (as he has done) has to have an asterisk next to their name when it comes to Life Coaching advice.

But he makes a fair point.

I actually wanted to call this post ‘Hashtag My Ass’, but I decided it was unlikely to bring me the right type of readers. I suspect Etienne de Crécy fans rarely turn to Life Coaching as a career and I’m somewhat of an outlier.

But it makes a great point because the vast majority of people, be it Life Coaches, general members of the public or business owners have no clue how to use hashtags properly.

Don’t Be A Hashtag Tool!

In fact a great many of people end up making a tool of themselves using the hashtag option.

I think I just invented a new word there!

And that is important. You want people retweeting your stuff as this builds your credibility and visibility.

But if you use all the 140 characters every time and people are on mobile devices and they want to retweet they may have to then start editing your post.

If they love you more than their own grandmother then they may well do that, I know I have on many occasions. But if it was more of an impulse retweet then they’re far less likely to bother.

By the way. twitter.com does allow you to retweet tweets that are too long and will shorten them so that anybody reading will have to click it to see the full tweet.

However, a lot of apps don’t, so if in doubt aim for 120 characters and don’t think, “Oooo there’s some lovely space left, let my jam in 2 more hashtags”.

So lets take a look at how you can use them, when you should avoid them, how many you should use and when to take a contract out on somebody using too many too often for crimes against the Internet.

Until relatively recently using Hashtags on Facebook was about as useful as using them in a newspaper advert because they weren’t supported.

However, all the major sites you are likely to be frequenting now support the use of hashtags and they can be incredibly useful if you know what you’re doing.

Let’s back up for a moment and explain how they came into being and what they are.

Back in 2007 Twitter wanted a way to group topics so that if people wanted to search from specific topics they could do so easily.

And thus the hashtag was born with the intention of highlighting the pertinent element of the tweet.

It was a while before they became the norm on social media with Pinterest (after Twitter) driving the craze when they adopted the use of them.

A hashtag is the # sign and will only work with single words.

In other words, if I wanted to hashtag an A Daring Adventure post on Pinterest (which I always do) I cannot use the hashtag #self development as Pinterest (or any platform) will presume self is the hashtag.

You get round this just be removing the gap so it becomes #selfdevelopment and now Pinterest knows where to file it.

One of the most frustrating things for me is watching Life Coaches use the hashtag #lifecoach.

Think about the purpose of the hashtag for a moment. It’s for people to search for information, people, news etc.

How many people do you think are looking to hire a Life Coach based upon a Twitter search?

Somewhere between on and 1 per day would be my guess.

They are far more likely to ask friends, read blogs, search Google and 101 other different options before they will think, “You know what, I think I’ll do a hashtag on Twitter to pull up a random Coach to hire”.

Having said that, after watching a mental pitbull terrorize an entire dog park and asking the concerned owner where he got him from only to be told ‘Craigs List’, I suppose anything is possible.

In an area of the country where pitbull’s are frequently bred for fighting you don’t get one off Craigs List without any documentation unless you are not in the least bit concerned about whether your testicles stay attached to your body or not.

Pretty much the only people who are searching for  the term ‘Life Coach’ on Twitter are other Life Coaches looking to see what the competition are up to.

I do use the hashtag regularly, but that’s because I want other Life Coaches to find me as half of my work load is either training Life Coaches or working one-on-one with them.

So think creatively about this. Think about what people maybe searching for.

There is often an opportunity to newsjack (click the link to know more) or jump on a trending topic.

If you have written a post on some topic that is trending (and it doesn’t have to be a new post) you can post a link and use the relevant hashtag knowing that a lot more people will see it than would normally be the case.

Be sensible with this though.

Do NOT newsjack very sensitive topics or really serious events where life may have been lost, or you’ll end up looking like a total douche.

There can be exceptions to that, such as the death of a celebrity.

I wrote a post about how upset I was at hearing of the death of Robin Williams and although I cannot remember, I’m pretty sure I would have hashtagged it.

Remember that hashtags are only helping you search within that platform. They are not searching the web, in fact Twitter and Facebook don’t even allow Google total access to their platforms.

With about 500 million tweets alone (and no, I’m not joking) being published every day it’s probably a good thing as the SERPs (search engine rankings pages) would be a mess and that doesn’t include all the other platforms.

They are purely for content curation and nothing else, with one exception.

Google+ uses hashtags in a different much more complicated way.

Facebook want you to pay to promote your posts, even to the people who subscribed to you. Whereas Google are focussing on relevancy.

So it’s actually possible if you’re using hashtags properly on Google+ that your post will drop into the stream of somebody who isn’t even in your circles. Cool eh?

Google also will often hashtag automatically, although it doesn’t always get it right and I *think* it only ever adds one hashtag.

You can edit though so it’s no big deal.

As a rule of thumb I’d stick to no more than 2 hashtags no matter what your platform.

Research has shown that posts with one or two hashtags get twice as much engagement, but when it gets to 3, engagement drops below the level of not having one at all by about 17%.

On YouTube you can use hashtags, but only in the comments. YouTube uploads need to be tagged in the more traditional sense and they can get found in Google searches which is why YouTube is so difficult to crack.

I have just started a Pinterest board open to any Life Coach to post their blogs to.

One of the things I have asked people to do is hashtag every post #selfdevelopmentarticles so we can really start to dominate for that search term.

If you blog and you’d like to join let me know as we’ve only been going a couple of weeks and already have 450+ followers.

One final thing that has nothing to do with hashtags but is pertinent to Pinterest.

When you link to a blog post from Pinterest, ALWAYS put the full URL of the post in the description as people often don’t realize you’re not just posting the picture.

I hope that is helpful and if you have any questions please ask away in the comments.

Also, if you have heard of any changes that I may have  missed please tell me.

Social Media is moving faster than a mental pitbull chasing a terrified labrador across a dog park at the moment and keeping on top of things is no easy task.

No animals were harmed in the making of this post.