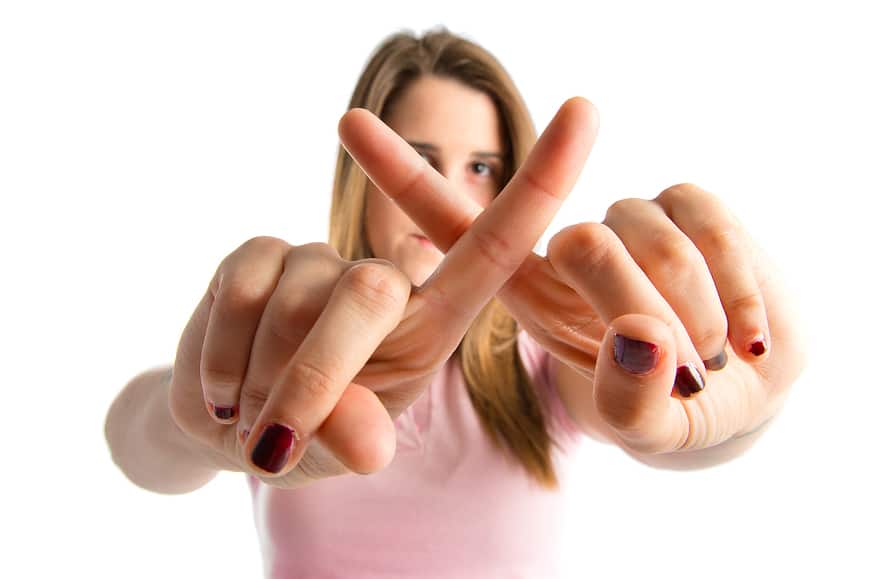 As a rule I don’t tend to follow back, not because I’m arrogant or aloof, but because I’m already following more boards than I can keep track of.

But this one piqued my interest as it was called ‘The Life Coaching Academy’, and I thought there may be some cool stuff to share with people subscribed to the Coach the Life Coach Pinterest board.

I had a look. It was the usual collection of the kind of boards you would expect, but as this seemed to be a competitor I decided to have a look at the website.

I really wasn’t prepared for what I was about to see – pretty much everything that is wrong with the Life Coaching industry.

A shaking pop-up that appeared on every page, financial claims and lies.

There was a testimonial from a woman ‘called’ Pauline.

Before I clicked through to read I was immediately suspicious because the woman in the picture looked more like a 19 year-old model than a coach. But hey, anybody can be a coach so who am I to judge?

Ok, so I did start judging when I saw the testimonial. And I’ll print it here for you and ask you what your gut instinct tells you?

Sometimes I pinch myself! I cannot believe my life now.

A few years ago I had hit rock bottom! My fiance left me for another woman… should I mention that I was pregnant at the time. I could hardly afford rent, had sleepless nights and did not know how I was going to care for my baby.

I decided I would do whatever it takes to look after my baby. I knew I needed to start my own business and joined The Life Coaching Academy and started my own coaching practice.  My coaching business focused on helping mum’s who needed help emotionally.  Wow what an amazing experience,  I am fully booked and have clients on my waiting list!  I work from home and am an amazing mum to my beautiful Lily.

How authentic does that sound to you?

I must be doing ok with coaching as I’ve been full time for twelve years now, but guess what? I have NEVER had a waiting list.

There have been a handful of times when I have referred people on, such as when I hit the front page of Google (when there was a front page – there’s not now as we all see different search results), but as a rule I am rarely more than two weeks out, and I don’t class that as a waiting list.

Building a practice is hard!

Can it be done? Of course it can, I’ve done it, but I would never try and suggest that signing up for a Coach the Life Coach course is anything other than the start of your journey.

We link to every coach who offers us a testimonial by way of thanks and for the sake of credibility and to prove we’re not just making shit up. Surprisingly there was no link to this super successful coach.

So I searched for ‘Life coach Pauline +Lilly’. Nothing.

Some people are really stupid because there’s a super easy way to search images these days and it’s called, amazingly enough, Google Images.

You can go and grab an image and upload it and clever Google will use photo recognition software to find it for you.

So that’s what I did and guess what?

Yep, it’s a stock image of a model that appears on dozens of other sites .

Here are the results. I went back 20 pages and was still finding new sites that used the image.

Apart for the total lack of integrity and dishonesty the owner of this site, she will probably be getting a letter at some point from the copyright owner for either stealing or misrepresenting their image.

It’s dead easy and sometimes tempting to try and take short cuts when you start up, but it really isn’t worth it.

The Internet isn’t a forgiving place and you will almost certainly come a cropper.

The person who owns this site could remove the photo and testimonial, but it’s still searchable and viewable. Why do you think people can still find Tweets that PresidentTrump has posted and then deleted? It really isn’t hard to do.

I’m pretty sure you’re an ethical person, but just in case you’re unsure, here are 10 things you should never do if you want to retain any credibility and not end up being sued.

I’m sure I have missed some, so please feel free to leave a comment and let me know.

9 thoughts on “10 Things No Life Coach Should Ever Do”