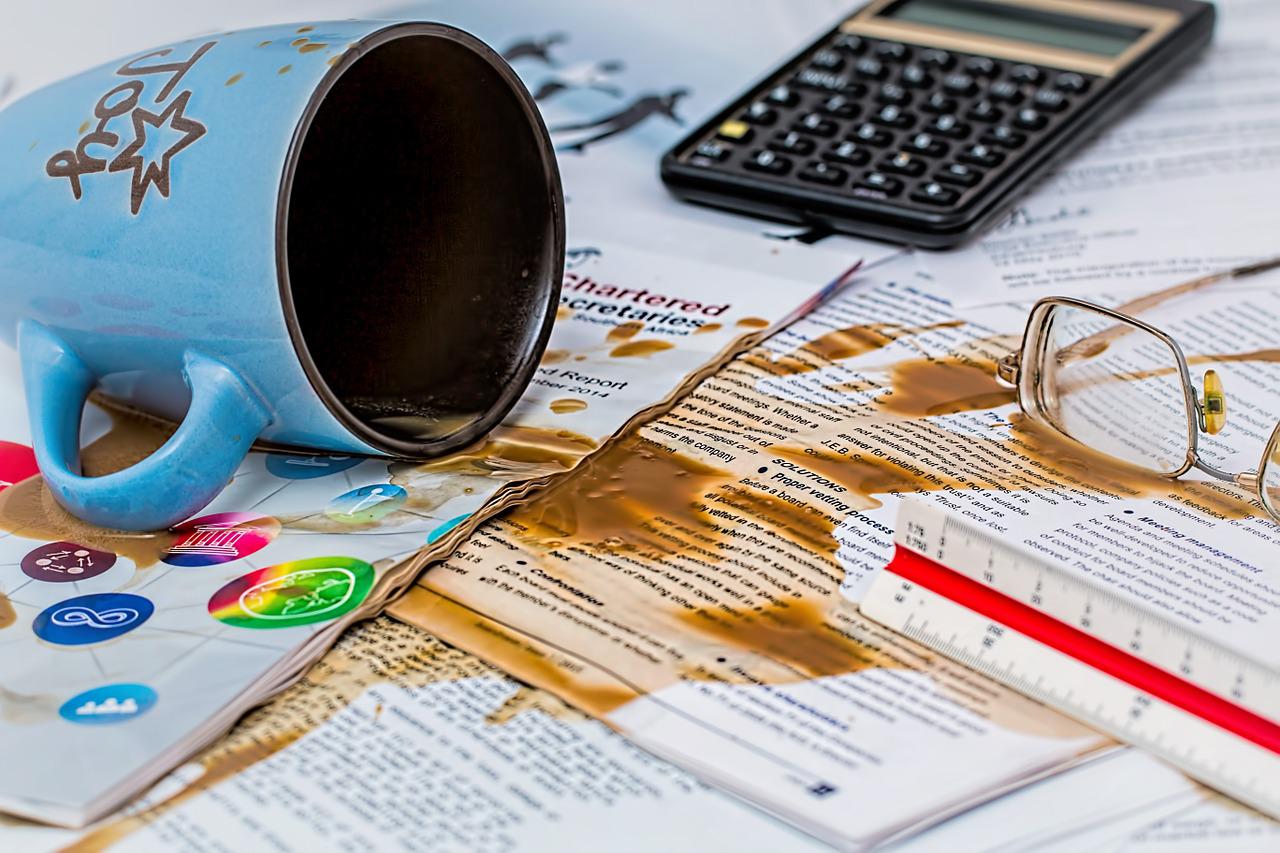 Anybody who’s ever been able to legitimately claim to be a fully booked coach has made marketing mistakes.

Usually a lot of them.

Here are 8 big ones I made, but more importantly, what you should do to avoid doing the same.

In 2008 I eagerly drove an hour across Orlando to the huge Sam Ash Music Store.

I’d started listening to podcasts and thought it would be a great idea to start my own.

Several hundred dollars lighter and with all my new kit I headed home.

I’d just switched over from a PC to a Mac and was still getting to grips with the differences.

I spent a couple of very frustrating days struggling to find compatible software and get everything working.

As I had no clue who to turn to for help and was getting nowhere, I tucked my tail firmly between my legs and dejectedly took everything back.

Can you imagine how many subscribers I’d have now if I’d stuck with it?

I don’t even want to think about it.

Whether it’s a new social media platform, new technology or new marketing channel, give yourself time to make it work because there are no quick wins.

And you don’t have my excuse of not knowing where to find help, because this isn’t 2008 and whatever it is you want to do there will be people able to help you.

I was getting thousands of views for many of the videos I posted to YouTube between 2008 and 2012.

A couple even hit 20,000 views and generated plenty of comments and likes which is not easy to do with self development material.

However, I could see from my Google analytics the videos were bringing in little meaningful traffic to my website.

I concluded that people who were into watching videos didn’t want to clickthrough to what was mainly a text-based site.

What I should have concluded was that I wasn’t doing a very good job of enticing people to clickthrough.

Apart from sticking with projects when they are working to a certain extent.

Try not to jump to conclusions with any of your analytics.

Open rates with emails are meaningless if nobody is hiring you from your list.

Traffic to your website is worthless if your site isn’t set up to convert it properly.

And huge followings on social media mean nothing if nobody cares what you have to say.

The Fully Booked Coach Facebook group (formerly the Coach The Life Coach group) was originally for clients and course attendees only.

It was populated by a colony of librarians dedicated to keeping out tumbleweed and crickets in case they made too much noise.

After a couple of years of nothing much happening I took the rather obvious decision to open it to any coach looking for help.

It’s now my single biggest source of email subscribers and has brought me in at least $100k worth of clients.

You can join the group and get my help for free and that of almost 7k other coaches by going here.

Try and look for the reasons before thinking something isn’t working.

This can sometimes mean looking at things counterintuitively.

For example, tightening your niche may be more effective than widening it.

4. Focusing on being a brilliant coach to the exclusion of all else

I was spending money on coach training and reading coaching books long after I needed to.

Not that I don’t think that being the best coach you can be is incredibly important, it is.

But, it doesn’t matter how good a coach you are if you don’t know how to get clients.

The world needs great coaches, but it has to know they exist.

Once you believe you’re a competent coach, switch the majority of your focus to understanding marketing.

5. Not paying for marketing help

I didn’t start to turn my coaching practice around until I got professional help around 2008.

Things were starting to happen, but more out of luck than judgment and it was a painfully slow process.

Since hiring my first business coach I’ve spent a small fortune on hiring others with different skillsets.

And that has delievered.

I would estimate that I have 10x’d my investment and saved myself a lot of time by hiring business and marketing coaches.

Hire a coach who has done what you want to do.

Preferably by going here and hiring me.

But if you think I’m a bit of a tool, that’s fine.

Just find a coach who you gel with and who knows their shit and hire them instead.

6. Being too easily swayed by others

I used to stress over people unsubscribing from my newsletter.

And an unfollow on Twitter was the cause for a bout of angst and self-doubt.

Now I welcome all of the above because it means I can focus more on the people who want my help.

If me being me offends, irritates, or angers you then, unless you’re my wife or one of my dogs, I’m easily avoided.

The day I thought fuck it, I’m just going to be me, life got a whole lot easier.

You’re fucking brilliant at being you!

But you’re crap at being anybody else.

So, be you and you will attract the people who like you for who you are.

7. Using too many social media platforms

What do the following social media platforms have in common?

Rather embarrassingly, I’ve used them all for business at one stage or another during the last 17 years.

I also opened accounts on Instagram, Clubhouse, TikTok and Tumblr, but never bothered using them.

Whereas you can use similar strategies across different social media platforms, they still are all very different.

They have their own etiquette, use different language, and require different approaches for them to be made to work effectively.

But I never got world-class.

I never dominated on any of them like I could have if I wasn’t trying to be here, there, and everyfuckingwhere.

Stick to one, maybe two social media platforms and really understand what is needed to succeed on them.

I still occasionally send emails out with a typo in them and you may find one in this post.

But, it’s no longer because I don’t check my stuff, it’s more a product of mild dyslexia.

if you went back and took a look at some of my early blog posts on A Daring Adventure they’re fucking littered with errors.

I used to crank out a lot of content and much of it was really good in terms of its ability to help people.

My take was, if I’m helping you for free then you need to suck up a few typos because I’m a busy man!

At that time about 50,000 people per month were visiting my blog and I had 10,000 people on my newsletter list.

That’s a lot of people seeing my typos.

A number of whom offered to proofread my posts for free.

I didn’t get the message.

Then one day I was reading a really excellent article that had a couple of typos in close together.

I literally reread the sentence 5 or 6 times trying to make sense of it.

It completely broke the flow of the article for me and I flounced off in a huff muttering something about a lack of professionalism.

People must be having the same experience with my writing.

I still wonder how many potential clients I lost because of my naive belief that content was all that mattered.

If person after person is telling you (like they were me) you’re doing something wrong, at least listen.

Oh, and proofread too.

What mistakes have you made?

I’d love to hear what mistakes you have made so we can both help others who read this post. Lave me a comment below. It would be a mistake not to.